No clouds are visible in the Carolina blue sky as the sun beats down upon Boshamer Stadium. The concourse is filled with music as the team lines up in front of the dugout. From a distance, it appears to be a typical spring day of baseball at the UNC, except for the golden tail peeking out of the Tar Heels’ lineup. 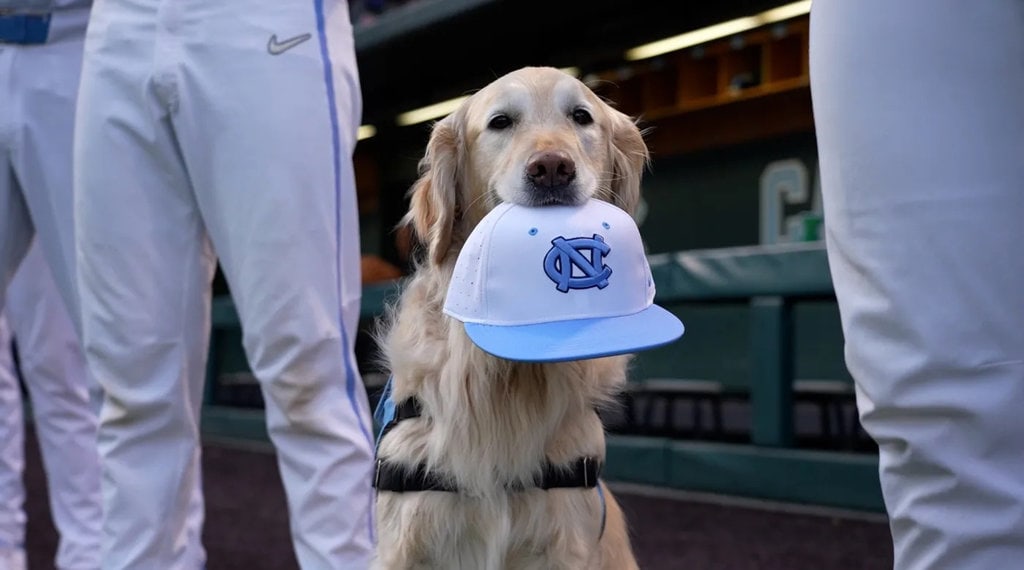 Remington is the first athletic training room assistance dog for both the UNC and the Atlantic Coast Conference. The golden retriever serves as a psychiatric medical alert facility rehabilitation service dog alongside the head athletic trainer of the baseball team, Terri Jo Rucinski.

Remington was born at paws4people, Inc. in Wilmington, North Carolina, a non-profit organization that breeds, trains, and places assistance dogs with clients. According to the foundation, these dogs have one or more certifications to assist in areas such as mobility, psychiatric service, rehabilitative assistance, and therapeutic visitation.

The day begins at 7:45 a.m. in the physical therapy clinic for the duo. Remi goes to the athletic training room at Boshamer Stadium in the afternoon to spend time with the athletes during their treatments. Remi works with a variety of sports teams, including lacrosse, soccer, and gymnastics, in addition to baseball. 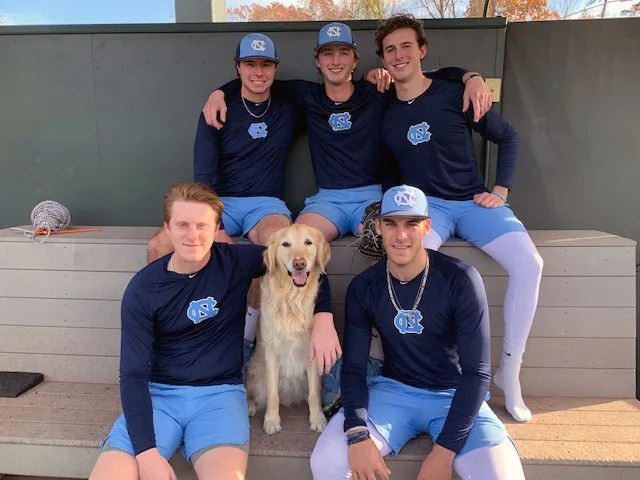 Rucinski says his help in the training area varies, from opening and closing the refrigerator to getting a drink for the athlete to returning the ball to them during throwing workouts. But there are moments when he’ll just be a dog, hopping into the players’ beds as they undergo treatments and detecting when they need him.

Dalton Pence, a pitcher for the UNC, blew up his elbow during his senior year of high school and underwent Tommy John surgery. Pence’s start to his collegiate career had been postponed, and Remington was there to hear the news. 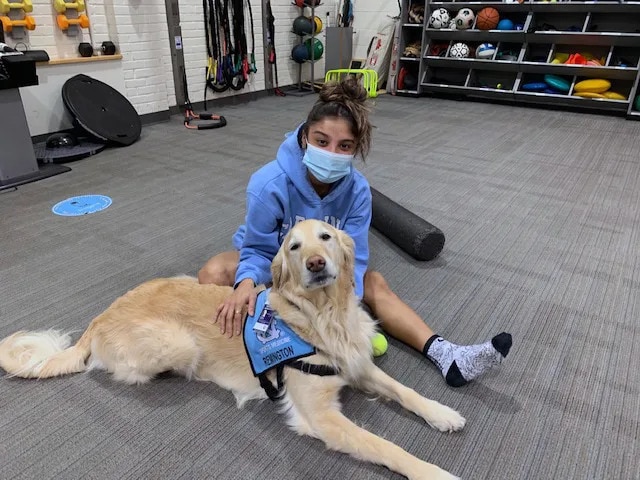 Pence says that Remington is always there, by his side, so just knowing that settled the stress and anxiety a little bit. He also says that an athlete who has come back from a significant injury has a lot of mental blocks and the dog helped him get through some of them. It’s a really big confidence booster.

In theory, athletes at the top of their sport should be great coaches. They won a lot and knew what ...

The world of boxing has seen some amazing fighters come and go over the years, but there’s no doubt ...